A fairy tale from Cornwall: One evening a maiden set out to milk the cows later than usual, and the stars had begun to shine before she completed her task. An enchanted cow was the last to be milked, and the pail was so full that the milk-maid could hardly lift it to her head. So, she gathered some handfuls of grass and Clover, spreading it upon her head, in order to carry the milk-pail more easily. But no sooner had the Clover touched her head, then suddenly hundreds of little people appeared surrounding the cow, dipping their tiny hands into the milk and gathering it with clover flowers. When the astonished milk-maid reached home, she recounted this wonderful experience to her mistress who at once cried out, “Ah! You put a four-leafed clover on your head.” 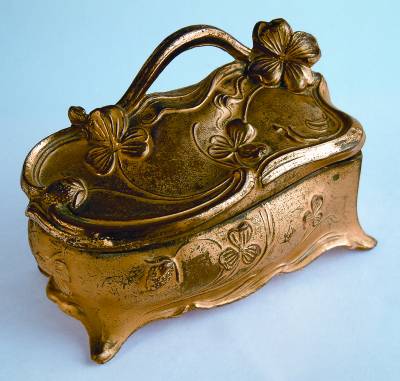